Home > Walking for Beginners > Why the Countryside Code Matters

Why the Countryside Code Matters 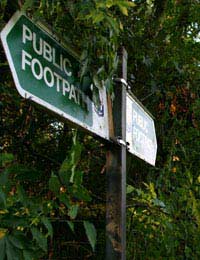 There’s plenty of countryside in which to roam in Britain, and since the Open Access laws took effect, there’s even more of it, with millions of acres available for walking. But with all that freedom comes a certain amount of responsibility. That’s where the Countryside Code (or the Country Code, as it was called from its birth in the 1950s until 2004) comes in. It offers a general set of rules for treating the country – and the people and animals that live there - with respect and making sure others, especially future generations, can enjoy it, too.

Why is the Countryside Code Necessary?

The majority of people who go into the countryside, during the holidays and on weekends, come from cities. Life is different in the city – people litter more, think less about leaving gates open, and aren’t always as careful with their surroundings.

The Countryside Code acts as a reminder that being in the country requires another mindset. It’s not intended to stop people enjoying themselves, but to pay attention to the small things, like closing gates between fields as they walk along a path (and to stick to the paths), so livestock can’t roam, making sure they take all their litter – which could be a problem for animals as well as a blot on the landscape – home with them, and not to pick plants and flowers that might be part of a fragile ecosystem.

It’s also meant to help protect farm animals, by reminding people not to stand too close to them, especially young animals. They might be cute and photogenic, but their parents could see a person as a threat, and an angry ram or cow isn’t a pretty sight, and quite dangerous. Also, it’s fine to take your dogs along when walking in the country, but keeping them on the lead so there’s no danger of them worrying sheep is good for everyone – especially the sheep and the farmer. Similarly, a fire caused by a carelessly discarded cigarette can do huge amounts of damage to land and animals.

The more of us who go there, the more crowded the countryside becomes, especially on those thin, windy roads. The Code offers reminders not to park in front of farm gates, and to give way to animals, especially horses being ridden on the roads.

That’s all common sense, but so are the suggestions to let people know if you’re going walking in the country, since you might not be able to obtain a signal on your mobile, or to have the right clothing with you in case of changes in weather. Finally, it’s a plug for the countryside, with a strong suggestion to support local shops.

Most people might understand and respect all these things, but occasionally repeating the lessons never hurts.

Hikers and the Countryside Code

Because they value the countryside and spend a lot of time there, hikers have great respect for the rules – written or unwritten – of rural areas. But that doesn’t mean they’re perfect. At times they’ll forget and leave field gates unlocked or park where they shouldn’t, crowding already crowded roads.

There are also hikers who take their dogs and allow them to run free. The dogs might well be generally very well-behaved, but all it takes is one instance and tragedy can happen, whether it’s attacking a sheep or scaring a horse with a rider. It’s not legally necessary to have a dog on the lead on a footpath, but it’s a good idea, since the owner is liable for any damage the animal causes. So everyone, even the most experienced, has something to learn from the Countryside Code – and everyone needs reminders.